Dental Home provides specialized care for our international customers, in order to guide them through our services to make the most of your treatment and stay.

For this our trained staff offers personalized treatment for each client, showing the step by step process and details needed to achieve the client satisfaction.

Here you can request a quote:

This section provides information on how to:

Request a virtual advice
Information about Medellin
How to get to our headquarters. 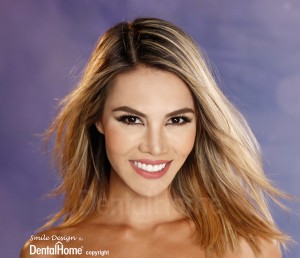 Dental Home offer specialized care for our international customers, in order to guide them through our services to make the most of their stay and treatment.

For this our trained staff will provide personalized treatment for each case, showing step by step process and the details needed to achieve your satisfaction.

Pay with credit card in our locations:

Or pay securely with Wompi or Payu

If you live outside or in a town outside of Medellin and dental treatment you are interested, please complete the  form below.

– A commentary on what your reason for consultation and expectation, shape or color of your teeth.

– Photography of your teeth (smiling front and right and left profile

– Photography of your teeth up lips with your fingers so that the entire tooth and the state of your gums is observed.

(*Optional)   If you have them, X-rays (panoramic and peri-apical)

In this way we can make a rough preliminary diagnosis, consisting of a treatment plan and will send a proposal for values of possible treatments to suit your requirements.

We want to be your best choice for dental treatment in Medellin and be able to provide a beautiful, unique and healthy smile!

How to get to our location

Use the following guidelines to arrive in your car 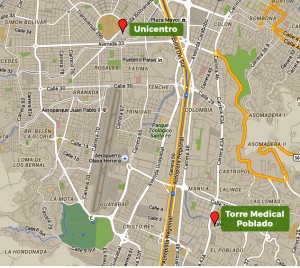 You can take a taxi and easily reached providing our address. 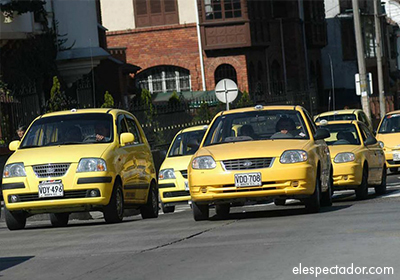 Bus routes you can take to arrive to our office: 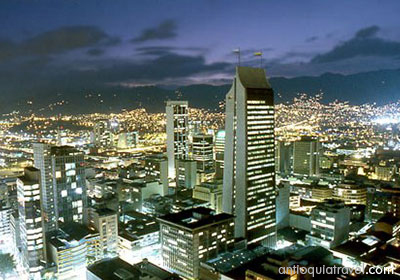 Neighboring Towns
To the North: Barbosa, Girardota, Copacabana and Bello.
To the South: Envigado, Itagüi, Sabaneta, La Estrella and Caldas.
In the East with: Guarne and Rio Negro.
In the West with: Angelópolis, Ebéjico and Heliconia.

Antioquia is a department (similar to a state or province) of working people, always optimistic and persistent. Since its inception, the department has been characterized by having the nicest people and the most beautiful women of Colombia.

This peasant humor, mixed with the hectic life of the metropolis, in its capital. There are no mountains or rivers that could unnerve the desire to grow these people, why have one of the most prolific territories.

In the midst of it, the city of Medellin, the second largest nests attractive not only for its commercial and industrial activity, but also for its lively cultural and nightlife.

Medellin is already recognized worldwide for the Flower Show. Through the decorative use of an incredible variety of flowers, a unique and attractive infinity is achieved.

The Flower Fair is the most important cultural event of Medellin, this peasant culture celebrates the culture department of Antioquia flowers, the union of its 125 municipalities and traditions of so-called “paisas”. 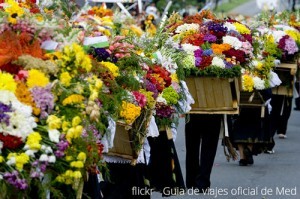 The fair takes place between the  months of July & August. In  addition to the Antiochian, this  colossal event brings thousands  of tourists that visit Medellin in  those days, turning the city into  a vibrant space decked people,besides, of course, flowers…

Over the years, this ultimate expression of Antioquia is has been adding a variety of events that have increased their importance and impact, such as the Parade of Silleteros that celebrates the entire city, in which participating growers and florists with beautiful “silletas” carrying around the city, and other events such as the international Reign of flowers, National Trova Festival, the Parade of classic and vintage cars, exposure orchids, birds and flowers, musical neighborhood tablados, the famous parade horse, Guinness Record in 1996 and 1999 and Arrieros, Mulas and Fondas, among others. 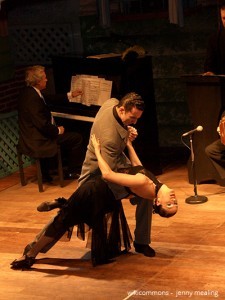 Although at international level is not well known, Medellin has, for almost one century, developed a culture of Tango and passionate. Especially since the fatal accident in Medellin the legendary Carlos Gardel in 1,935.

Today, we can live this culture at the International Festival of Tango, during the last week of June, which is adorned with the presence of more than 24 international artists and 180 local, 46 participants in the singing contest different cities and confirmed visitors more than 10 countries, who will be the protagonists of this great party, especially at events like the “Tangovía”,where people massively to the streets to dance and listen to tango milonga,
In addition, in the city they are permanently lot of bars and shows of this genre, such as Gardelaina House, Homero Manzi bar or the bar La Boa. 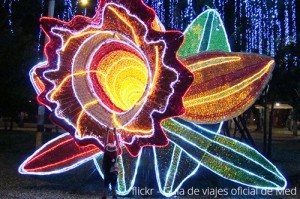 The “Lighting” Christmas has become famous Medellin as one of the most beautiful illuminated the world to celebrate this time.

With more than 14.5 million bulbs (2008) in 21 parks, 300 km of illuminated cables, 4 km traversal lightings in the city center and cultural programming throughout the month, making December one of the best times to visit Medellin.

Go to the parade of myths and legends, take the Camino del Rio Ave visit the beach or visit the various central city parks make this time something magical to remember.

The letters, linguistics and art take shape in one of the events of poetry largest in Latin America. With record entries from 55 countries and 93 poets, this event is Cultural Heritage of Colombia and is even awarded the Alternative Nobel Prize.

This event takes place during the last week of July. Its main objective is to maintain a collective consciousness of society through poetry readings in public, artistic performances, evening performances and a variety of activities distributed to all public are made.

This is the most important fashion in the country and in Latin America industry fair. Gateways presents national and international designers, exhibitions and conferences relating to the design and production of fashion. 24 to 26 July

Locations and Places to Visit:

Medellin has a multitude of locations and places that ensure continuous fun and recreation for several days. Among the main destinations highlights the “Museum of Antioquia”, “Botero square”, “the little town Paisa”, the International Convention and Exhibition “Plaza Mayor”, Pasaje Peatonal Carabobo,  Barefoot Park, the Metropolitan Cathedral, the Basilica of Our nuestra señora de la Candelaria, Pablo Tobon Uribe Theater, the Metropolitan Theater, the Explora Park and the Botanical Garden.

↑ go back to index 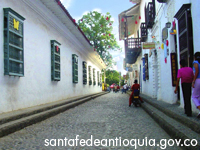 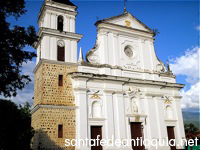 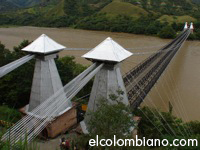 They say Antioquia Santa Fe de Antioquia is the mother of the paisa culture. Founded in 1541 and declared a National Heritage, it is one of the most emblematic villages of the country. On each side of its cobbled streets typical colonial houses with white walls and high ceilings that let circulate and refresh the air rise houses.

Santa Fe boasts of having some of the most beautiful churches in Colombia, each with a very different style from the other. Among its attractions it is also the legendary West Bridge built in 1887. It is also the land of the tamarindo fruit, perfect to surprise the palate with new tropical flavors. 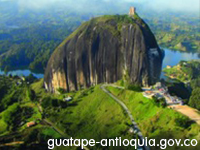 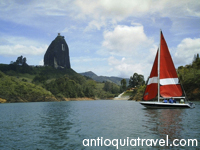 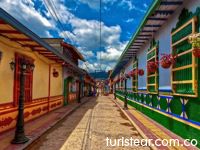 Guatape, meanwhile, is a small town in the walls of every home gives a sample of the artistic abilities of its inhabitants. Sockets under their windows express the best of tradition with figures of paisa mule drivers, silleteros, flowers and animals or simple geometric figures of Spanish inspiration.

A reservoir covering some mountains and a huge rock 220 meters, from which there is a beautiful view are some of the biggest attractions of Guatape. On clear and calm water days, the sky seems to fall to bits between each bush. 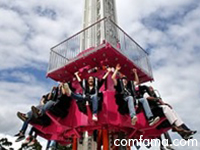 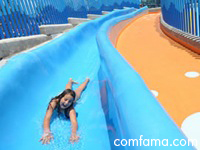 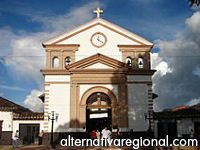 Rionegro has become its own right, at the gates of eastern Antioquia for its varied attractions and quality of its hotel and service. It is home to the International Airport Jose Maria Cordova Medellin and is well connected by road to the city of Medellin and surrounding municipalities.
Charming places such as the traditional of San Antonio de Pereira square, always lively and Comfama Recreational Park with its replica of an ancient village, “Tutucán”. A destination to visit and enjoy the charms of Antioquia villages, their typical characters, their farms, their fonda. Excellent cuisine surrounded by gardens, mechanical and water attractions and sports fields.